Colas Rail has been awarded a contract to build the low-voltage systems for lines T3 and T4 of the Casablanca tramway. This new contract illustrates the historic relationship of trust between the customer, Casablanca Transport en Site Aménagé SA (Casa Transport SA), and Colas Rail and confirms Colas Rail’s rise in the transport systems value chain.

The project, which will last 30 months and cost 15 million euros, includes studies and the installation of the low-voltage systems on track, including video surveillance, sound system, supervisory control and data acquisition (SCADA), the multiservice network, time synchronisation, and telecoms.

This contract follows those already won in 2021 for electrification (catenaries and electrical substations) and the laying of railway tracks for the central section of the two lines T3 and T4 of the Casablanca tramway. These two lines will strengthen the public transport offer of the most populated city in Morocco, which has nearly 4 million inhabitants. Line T3 will serve 20 stations over a length of 14 km of double track platform, and line T4, with a double track platform, will have 19 stations.

“This new contract shows that there is a real bond, built on trust, between the Moroccan local authorities and Colas Rail, underlines Hervé Le Joliff, Chairman of Colas Rail. As in previous projects for the Casablanca tramway, our teams are fully mobilised to deliver an integrated, reliable and safe system to our historical partner.”

This new project confirms Colas Rail’s strong positioning on the Moroccan market. Established in Morocco since 2008, Colas Rail has taken part in all the construction projects for tramway systems carried out in the country, such as lines 1 and 2 of the Rabat-Salé tramway and its extensions, as well as lines T1 and T2 of the Casablanca tramway (railway and platforms, then overhead contact line and electrical substations). 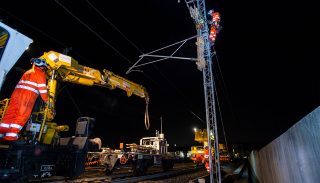 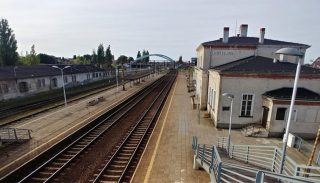